The day started tired  - awake at 3am and then David inadvertently called me at 5:30am (thought he was dialing his dad). Had breakfast and then lingered to hear the scheduled Hibakusha (A-bomb survivor) story - shared by Mr. Soh Horie, a 75 year old man who is fully ALIVE and who has planted 100 cherry trees along the Hiroshima rivers..... 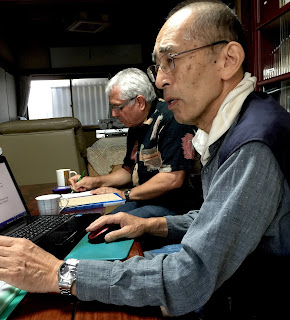 I had chills when he talked about the ABCC (Atomic Bomb Casualty Commission - now the RERF, Radiation Effects Radiation Reserach Foundation, where we stayed in 2008 and that the U.S. government/military built after the war to study NOT TREAT the victims/survivors of the bomb. Schoolchildren were forced to go to be examined. The U.S. would send buses to their school to get them - no compensation, no food, no drink, no medicine. His beautiful family suffered so. He was 5 years old and was walking with his older sister who was already suffering from BeriBeri disease (shortage of vitamin B1). His sister covered him at the time of the "loud big sun blast" with her own body, faces down in the road. If they had been home they would have died. And if she was not already sick, she would have died, as she would have been mobilized to build fire breaks throughout Hiroshima as part of the war effort. 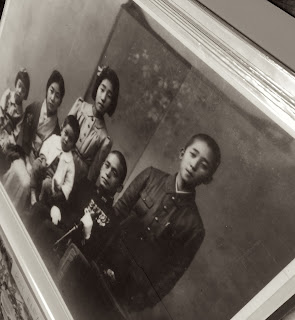 When they got home to their house, it had been shifted dramatically and the house was filled with the injured, "people with skin hanging off of them seeking shelter." He remembers two people - the first was a young man whose nostrils were closed with peeled skin. His mother removed the skin with tweezers. The second was a girl whose skin had been dermagraphed with the pattern of her kimono. "Even a small burn hurts alot. Imagine your entire body burned." His father's underwear, stained with black rain no matter how hard his mother tried to wash them clean, are in the Peace Museum archive, black with ash, the poison of black rain, that leukemia causing hell from the sky.
He remembers the revolting smell of dead bodies - too many to cremate in the playground very close to his house. He remembers two soldiers carrying his dead father home in a white coffin 6 days after the bomb. His mother developed cancer at the age of 60, lost her right breast and lymph glands.  She died looking at her skin every morning to check for cancer. His sister felt guilty for surviving the bomb because she had been sick and was very active in the 10 FEET MOVEMENT - to raise funds to buy back American Military films made in Hiroshima after the bomb - to purchase them feet by feet. They raised 25 million yen. She died from colon cancer at the age of 55.  His brother, the most exposed at the time fo the bombing, as he was near the hypocenter, died at 63 from liver cancer. He himself was diagnosed with thyroid cancer at 55 and then with blood cancer / lymphatic malignancy in 2011.There are 192,000 A-bomb survivors still suffering and there are many hibakusha all over the world due to weapons, power plants, accident, testings.....He tells us a lot, to talk to anybody know who is thinking of working for the military or weapons manufacturing. To find a job that is positive and joyful. He shows us this list of top weapons exporting countries - no surprise that the USA is #2. Japan is not on the list at all. 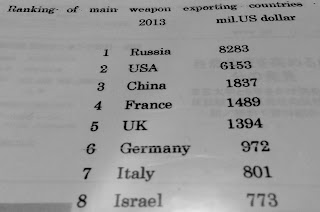 And then at 11am my dear beautiful friends, Kiriko and Michiko, who saved my life on Ninoshima Island in 2011, showed up to take me to the most amazing and inexpensive sushi lunch at Shishuro - a conveyor belt place only 15 minutes from my place. I had divine mackerel, maguro/tuna, unagi/eel, tamago/egg, salmon with onion, 3 kinds of shrimp (1 with melted cheese!) and fish eggs, matcha/green tea and matcha mochi, green tea ice cream and red bean cake - yum yum yum. 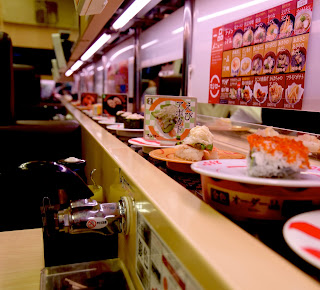 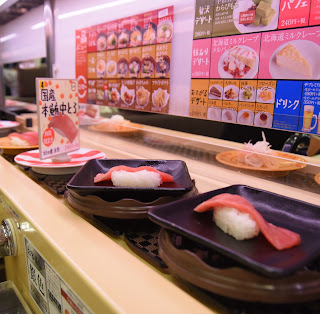 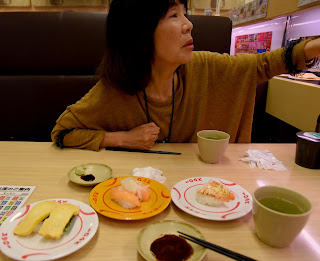 and the movie star Kiriko!!!!!! She brought me a bag of hand-me-down Japanese clothes that make my heart leap with joy and I gave her a bag too from NC! 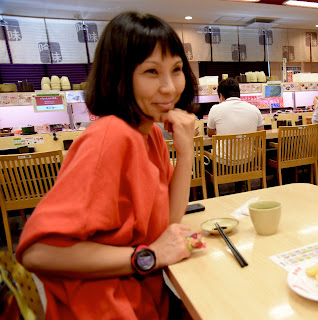 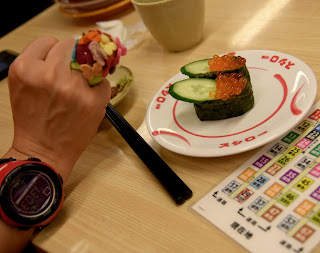 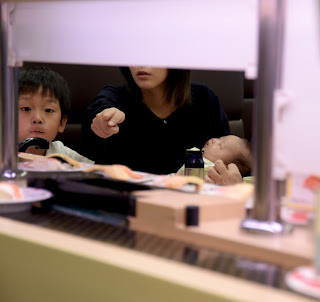 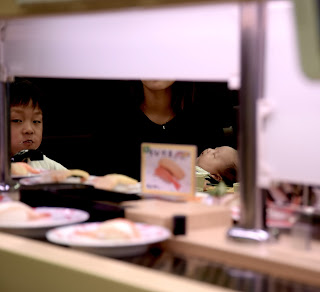 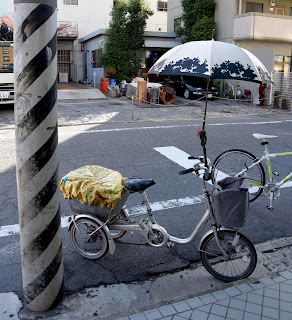 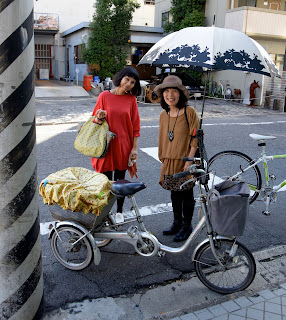 Strolling by a buddhist graveyard on the way home 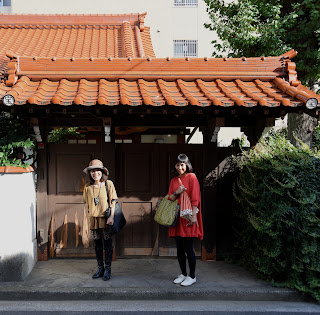 They laugh at me when I take pictures like these next ones and say that I find beauty in everything. 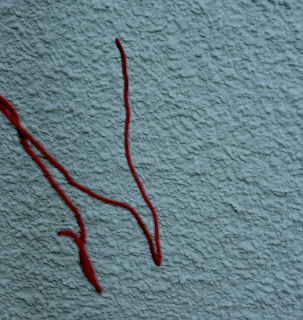 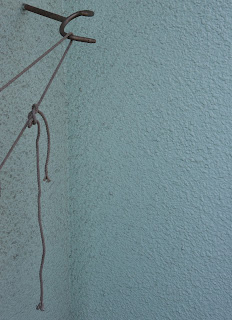 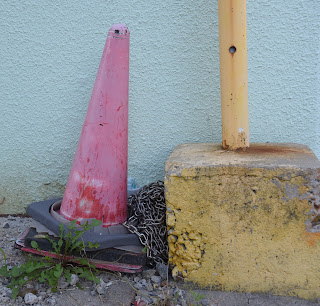 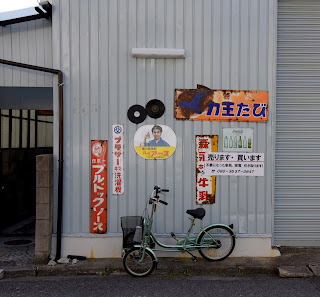 The Japanese version of TinTin without the hair? 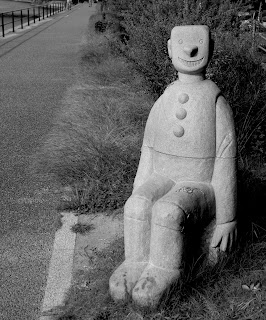