Flying over tokyo at night it looked like cracked ice, the strings of light cracks, slivers of ice dust, glowing black and molecular, here is a sign for something on a wall... 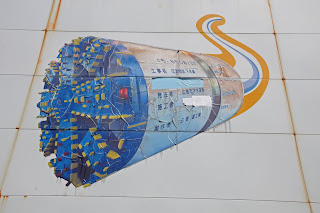 Under the Hirshima Peace Memorial Museum - a stage set for a film I want to make. This museum was being built during the making of the film Hiroshima mon Amour 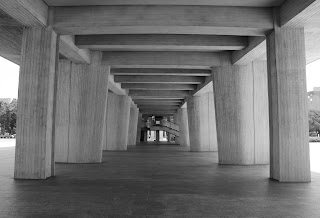 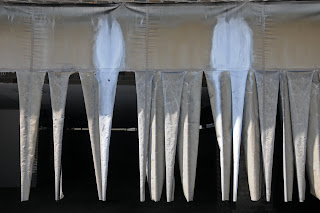 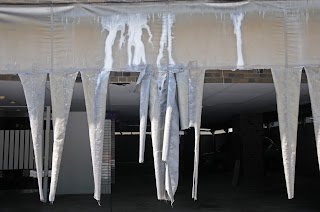 lost umbrella at the former Imperial Bank of Japan 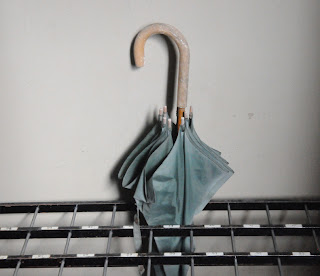 Found wall paintings - why would anyone try to make something this good when they are everywhere by accident? 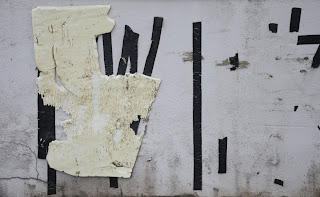 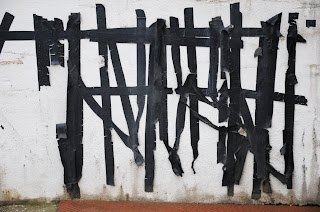 Color Field installations in the basenent of the a-bombed bank 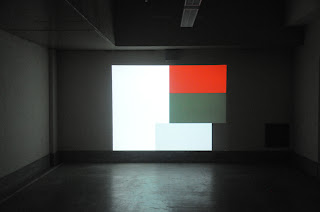 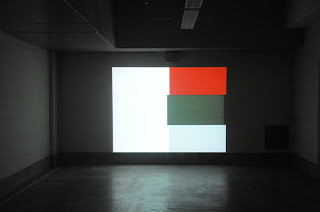 A silent video of the west side of Hiroshima 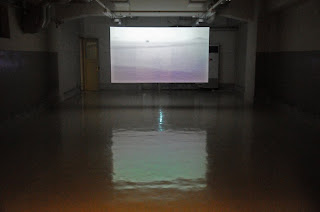 Very cool zoetrope about Fukishima. Met the artist, Horio Mitsuru, very nice. He has built camera obscuras like me too. He'll come to my show and the lecture with his students! He was exhibiting about 7 zoetropes and they were all makeshift and amazing, especially this one and the one that appeared to be white butterflies fluttering over a landscape but when you look closely, the butterflies are the symbol for radiation. 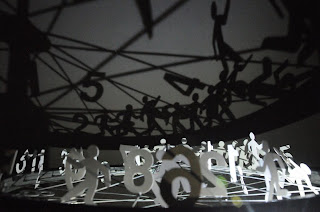 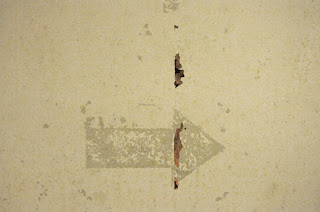 The current exhibition at the former bank where my show is next.... 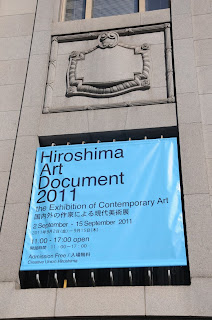 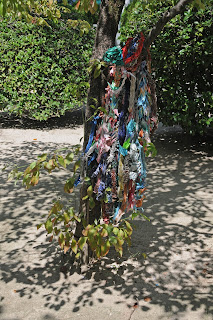 Shadows of curtains on my hallway floor 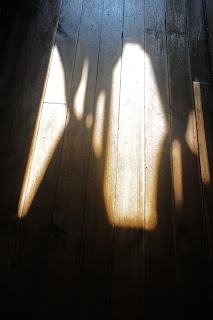 the curtains themselves, both somehwat splendid 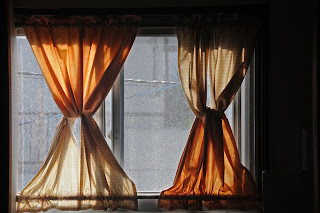 Barbara Reynolds founded the World Friendship Center. She claimed to be a Hibakusha (a-bomb survivor) in solidarity with the Hibakusha. 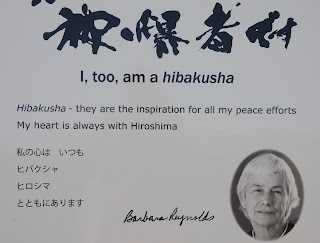 This is the new memorial to her in Peace park.
Here is a Hiroshima house; 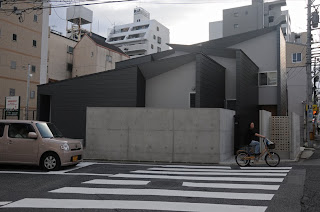 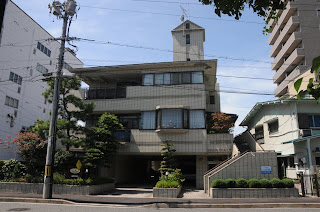 2 more - love the polka dots (holes through the exterior wall)! 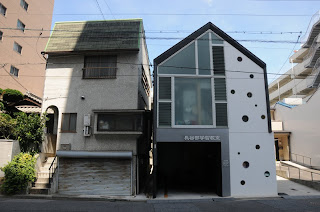 2 more houses in my neighborhood 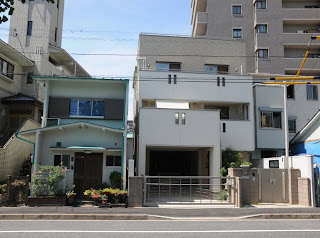 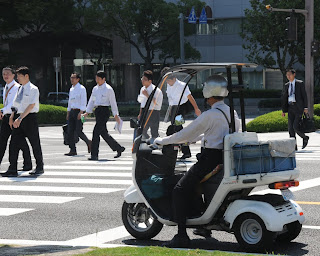 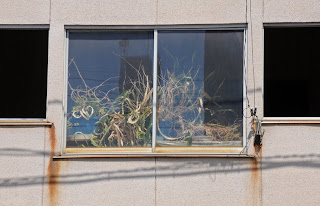 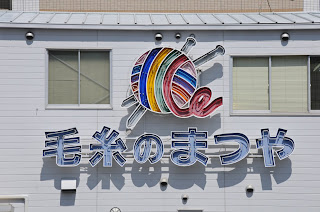 tea seeping in the morning 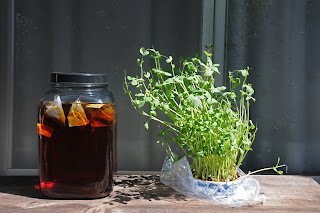 Exhausted with heat rash, blisters and a tummy full of tempura and sake.
Posted by Unknown at 4:52 AM