September 11, 2011: The Century with Mushroom Clouds: project for the 20th Century (Manhattan) 1998(2008), Cai Guo-Qiang at the Hiroshima Museum of Contemporary Art (permanent collection) along with an amazing solo show by Yoko Ono, Road Of Hope... 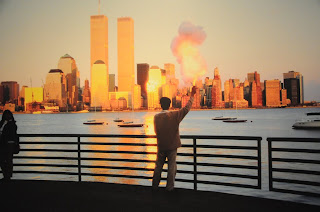 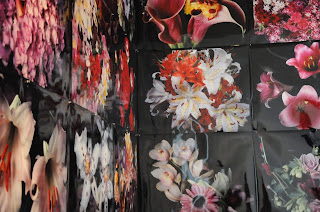 Yoko Ono's field of dirt with binoculars to see the posters: War Is Over; Give peace a Chance; Peace 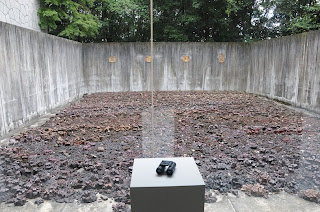 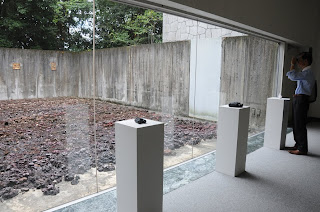 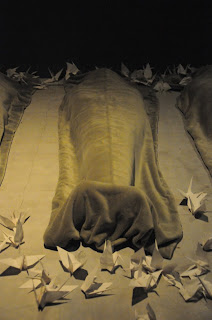 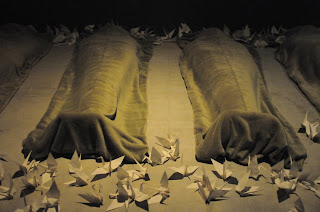 Room of corpses with Invisible People in the next room...at the moment of a FLASH 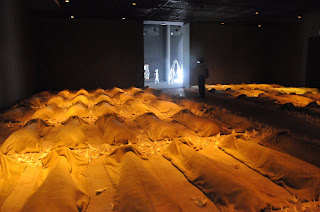 Invisible People - a dark room full of plastic people with opposite wall projections of the destroyed city of Hiroshima and these bank steps on the other. In the Peace Museum they have these steps on display because a person's shadow was left on them after being incinerated. Every so often there is a blinding flash.... 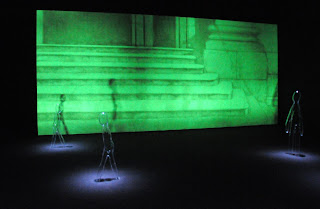 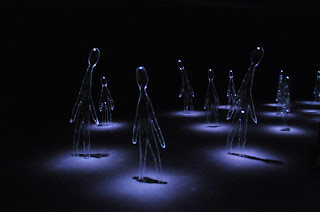 Kiri san and me. I met Kiriko in 2008 at grin - a very cool clothing store and we became friends. She now works at the museum and will be helping me with my show. 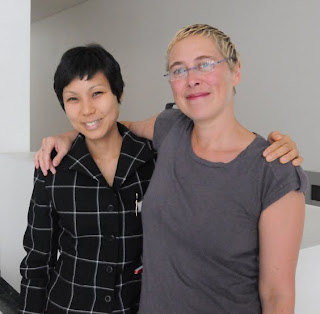 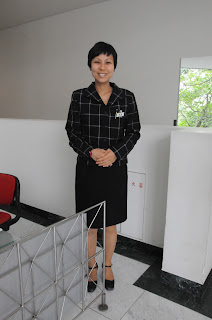 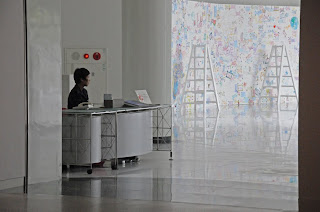 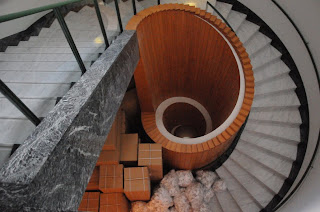 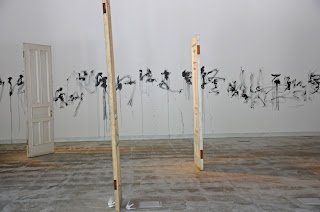 Janis McCullom, my new friend and Uncle John Philips neighbor from Des Moines, now living in Seoul, Korea. She made my day much more fun! 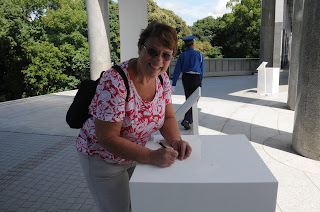 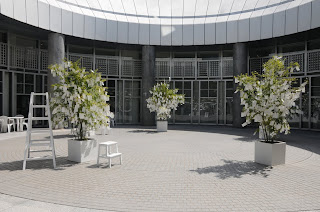 Here I am reading some of other peoples' wishes, mostly for peace 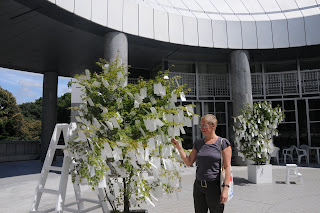 Here I am placing my wish on the tree: May we work towards and know a better world. 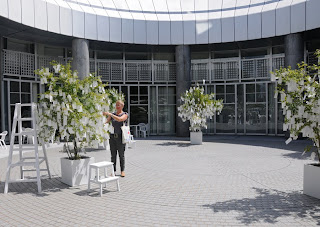 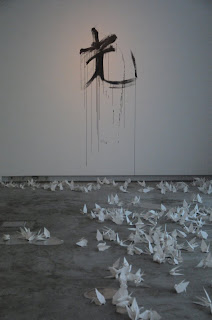 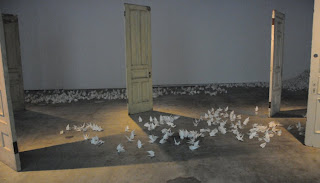 Okonomiyaki - the most traditional and popular dish of Hiroshima 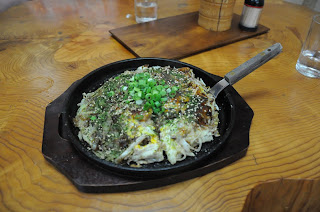 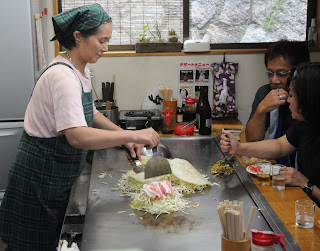 JoAnn and Larry Sims, Directors of the World Friendship Center in Hiroshima, from Oregon at one of my favorite restaurants up near the Mitaki Temple 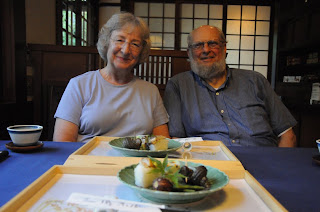 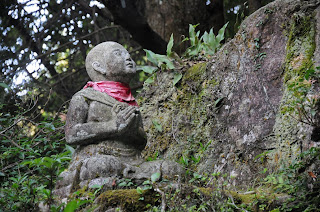 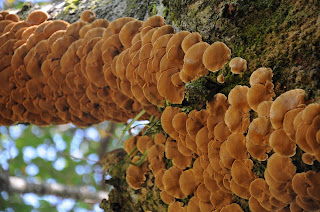 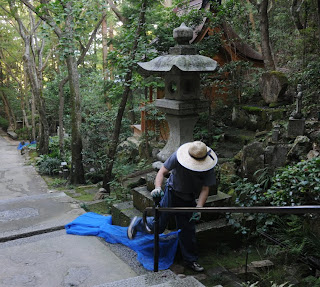 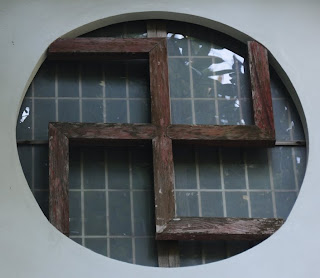 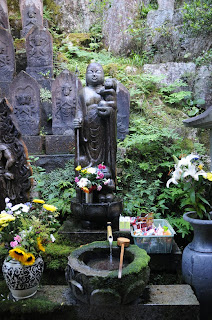 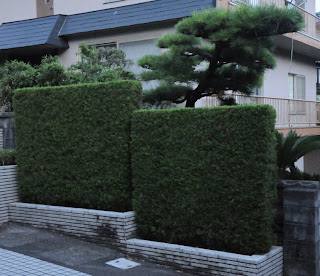