Hoping to go see the big Yoko Ono exhibition at the Hiroshima Museum for Contemporary Art today. She is the winner of the 8th Hiroshima Art Prize (Alfredo Jaar + Nancy Spero are 2 of the previous winners). If there is time, I'll take the people at the World Friendship Center (WFC) to the magical Mitaki Temple.
Here is the full monument to Barbara Reynolds, founder of WFC, that was unveiled in June, 2011. The City made an exception to add another monument to Peace Park. She stands beside Norman Cousins (In the 1950s, Cousins played a prominent role in the bringing the Hiroshima Maidens, a group of twenty-five Hibakusha, to the United States for medical treatment.) and Marcel Junot (After the American dropping of atomic bombs on Hiroshima and Nagasaki and the subsequent Japanese surrender, Junod organized the evacuation of POW camps and the Allied rescue of the often severely injured inmates. On August 30, he received photographic evidence and a telegraph description of the conditions in Hiroshima. He quickly organized an assistance mission and on September 8 became the first foreign doctor to reach the site. He was accompanied by an American investigation task force, two Japanese doctors, and 15 tons of medical supplies. He stayed there for five days, during which he visited all of the major hospitals, administered the distribution of supplies, and personally gave medical care. The photographs from Hiroshima, which he gave to the ICRC, were some of the first pictures of the city after the explosion to reach Europe.

. . . On what remained of the station facade the hands of the clock had been stopped by the fire at 8.15.

It was perhaps the first time in the history of humanity that the birth of a new era was recorded on the face of a clock. . . . 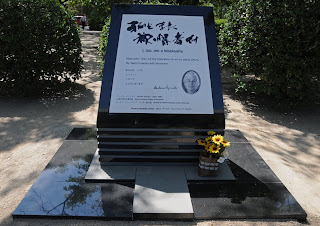 This is my humble exhibition room on the 3rd floor of the Former Bank of Japan. I plan to build a room within the room with moveable walls, as I can not hang anything directly on the walls. 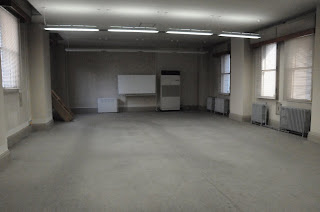 My table and chair at the World Friendship Center where I sit writing this. 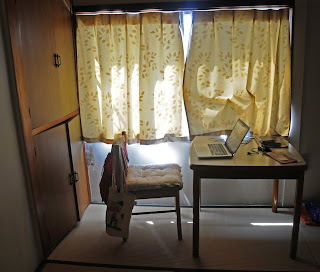 The Rest House in Peace Park where a man survived the A-Bomb in the basement when he went down to retrieve some paperwork. 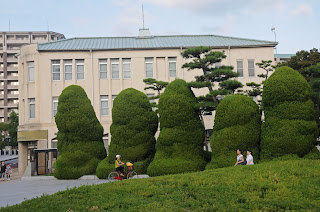 One of the many room on the 2nd and 3rd floors of the Former Bank of Japan filled with paper cranes from around the world. 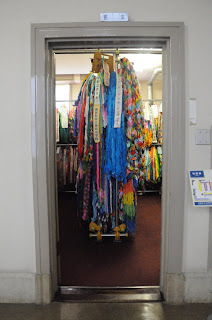